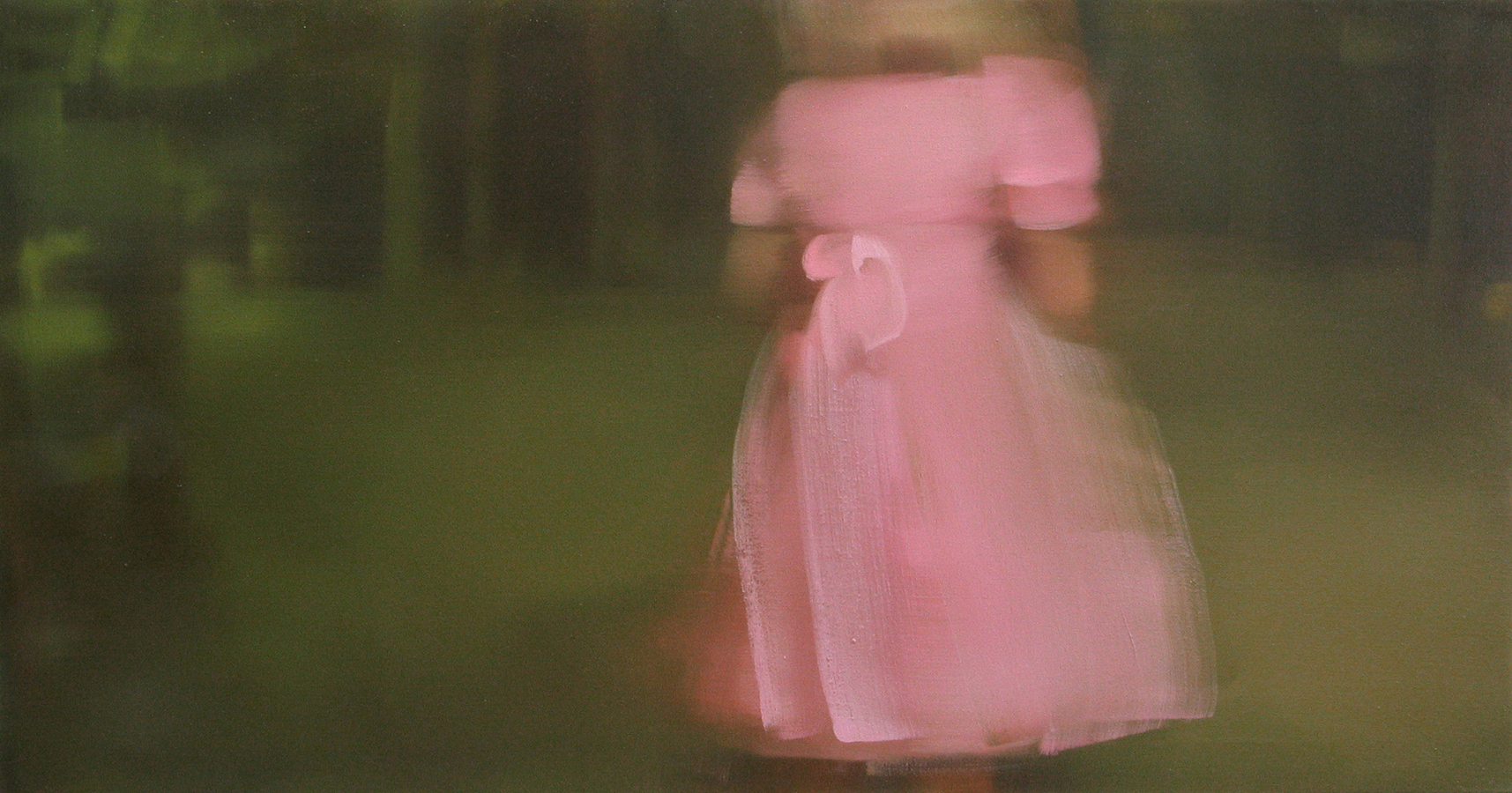 From the publication  The Body In Women’s Art Now, part 2 – Flux

”Similarly, Tiina Heiska’s paintings focus on the body of the adolescent as a site of transformation and awakening, presenting ambiguous female characters of indefinable ages – seeming simultaneously  both child and adult like – where the instability of identity is emphasized through the artist’s exploitation of paint. As in Ledeman’s paintings, in Heiska’s work the body is disguised in paint, existing in between abstraction and representation; the face of her female character revealed only ever as a blur, and as an entity seemingly in a constant state of movement or change, her identity evades clear representation. In the Butterfly Caught series (2008) Heiska evokes a sense of the ominous and voyeuristic by presenting lone female figure from behind, in a girlish pink dress, apparently running through a wooded area. The scene recalls the story of Little Red Riding Hood walking through the woods unknowingly into the danger of the wolf. As moral tales that worn against the freedom of female sexuality, the connection of Heiska’s paintings to fairy tales seems reflective of the anxiety surrounding the girl in contemporary society; her vulnerability and potential for corruption, or her premature loss of innocence. As Maria Bregnbak notes of Heiska’s oeuvre, ”The seductive and yet vulnerable looking creature often appears to be balancing on the edge between woman – and girlhood – thus charging the images with a dangerous sexual quality.” Shrouding the body in ambiguity, Heiska’s paintings suggest a latent danger embodied in this period of bodily transformation and awakening, so that Heiska’s presentations of the female body transgress any male voyeuristic pleasure in viewing the body, exploiting the instability of the body both conceptually and literally through use of paint, to thwart erotic consumption of the female body.”