In search of an absolute object of desire (2006) 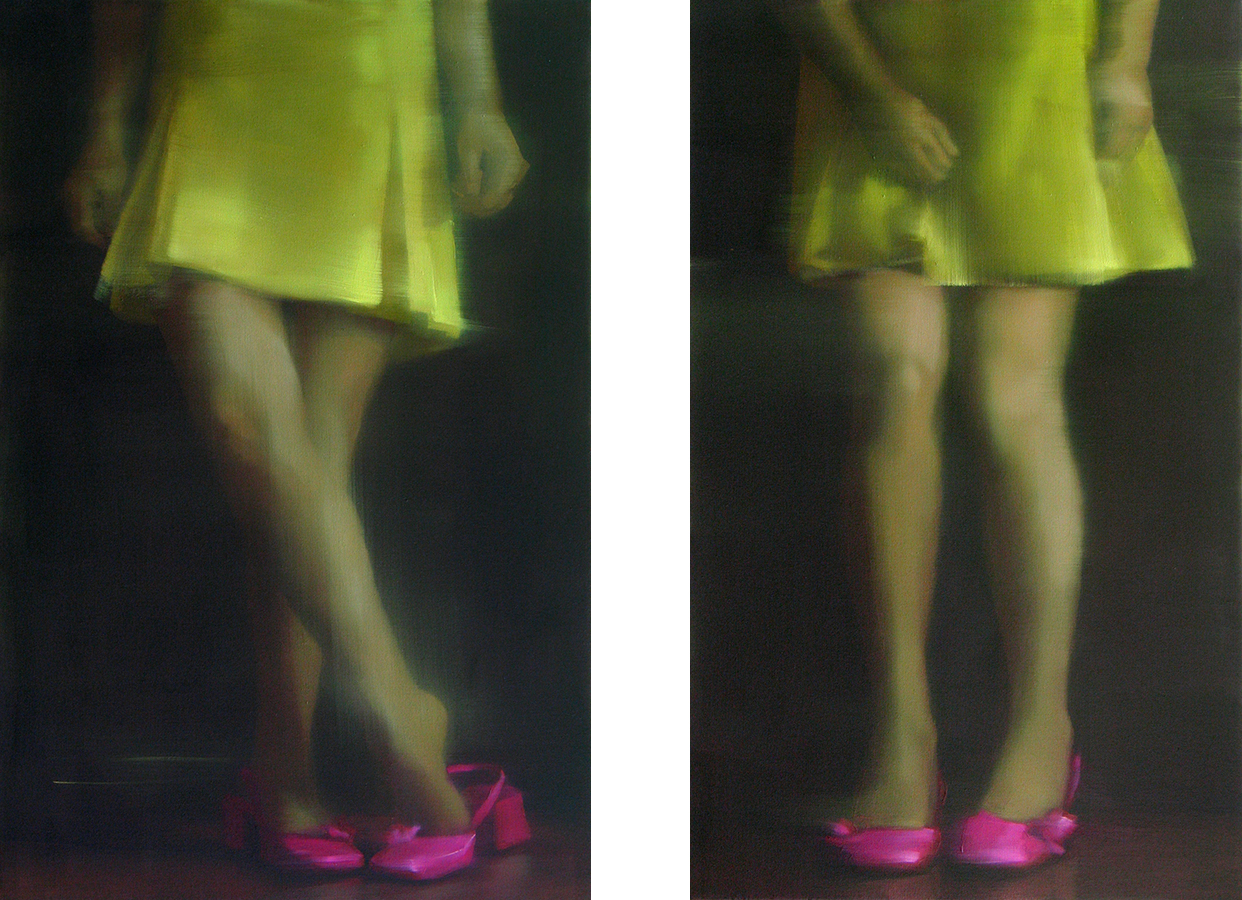 Tiina Heiska’s art reveals its insightfulness furtively, as if seducing the viewer. Her works seem peaceful and arranged at first, but their flow and movement will soon emerge and instil a sense of excitement and anticipation in the viewer. What is happening in her pictures? What will be the final twist of plot? Heiska offers no simple answers, however, and leaves her audience tingling with uncertainty. Her art simply will not accept simple definition or clean catharsis. The visual pleasure offered by her works is both passionate and intellectually challenging.

The woman or girl in her pictures – her age seems to vary – is based on photographs the artist has taken of herself. Yet she is not just Heiska, she is something different – perhaps an alter ego or a fictional character. The woman in the picture has a life of her own, illustrated in the series of paintings. The mirror image or doppelganger figure is not just a non-I (herald of death) or a metaphor but a protagonist marked by the odd and the melancholy. In many of her paintings, the mirroring or reflecting has broader meaning as a painterly gesture the artist uses to examine the visible world. She deals with the process by which paintings are born and with the eternal play of identities and gender.

For some years now, Heiska has painted series in which her themes evolve from one painting to the next, and her expression has become more cinematic and flowing. She is interested in spaces where the presence of another person can be sensed but not seen. Her paintings convey a sensing of the presence of the invisible in a manner that is menacing but also exciting and even arousing. In the Hotel series, an anonymous hotel milieu interacts with the female figure, whose black boots or dark curls act like masks in manner familiar from the films of Hitchcock. The woman is distant, beautiful and desirable. Hitchcock let his female stars be adored by the camera, turning them into frozen archetypes marked by sublime sex. Heiska never pursues the same effect but her carnal figures are unattainable, too. She presents loaded feminine attire – boots, heels, mini skirts – as the tools of a transvestite, and we never see the entire face of the woman; she keeps it to herself. She remains a beautiful riddle for the viewer that is both fascinating and forbidding. She is like an identity that is demanded permanence and truth. Permanence is unattainable, however, and hence we can never rid ourselves of melancholy.

Remembrance is a great parallel for these paintings. Memory fails us and we forget, but we still have memories that are sharp and sated with charged meaning. Memories are an opportunity for self-analysis; they help me to discover surprising things about myself in the present through the past. Tiina Heiska mixes memories and the past with a future that is yet to be revealed. We can search for ourselves in her works and our own discontinuities.